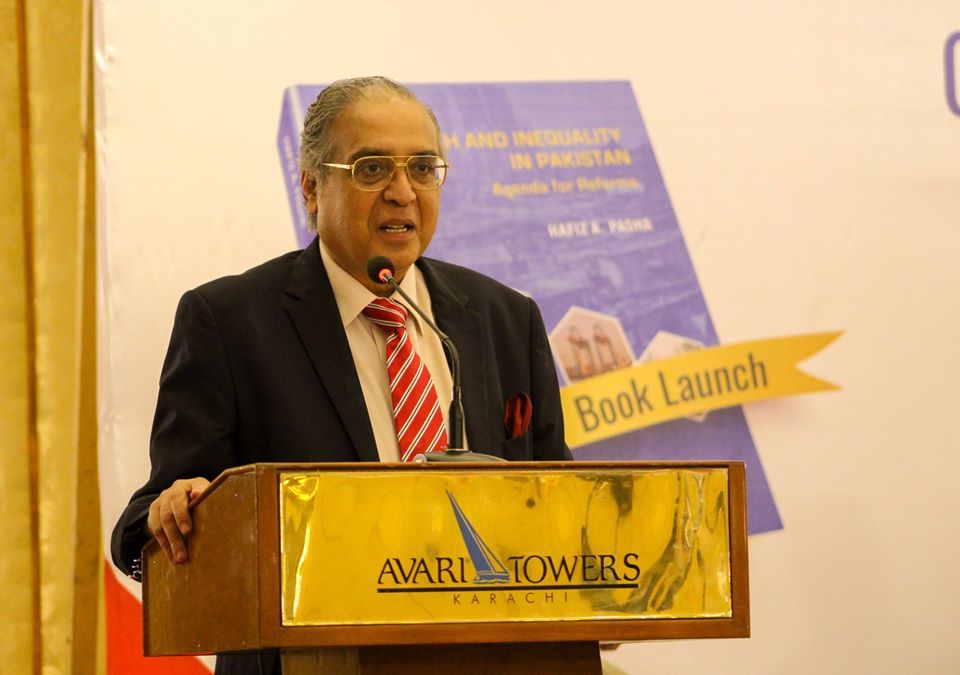 State of the Economy and Reform Agenda Seminar
& Book Launch of Growth and Inequality in Pakistan: Agenda for Reforms by Dr. Hafiz A. Pasha

Social Policy and Development Centre (SPDC) in collaboration with Friedrich-Ebert-Stiftung (FES) Pakistan organized a seminar on “State of the Economy and Reform Agenda”. The aim of the seminar was to discuss the current economic state of Pakistan and highlight the reforms required to improve the same.

Dr. Hafiz A. Pasha, former minister of Finance and Economic Affairs of Pakistan and Assistant Secretary General at United Nations, was the keynote speaker of the seminar. His book titled Growth and Inequality in Pakistan: Agenda for Reforms was also launched at the event.

“I am sorry to say that during 2018-19, 4 million more people became poor and 1 million more people got unemployed. And that is also likely to be the outcome this year, may even be more, because the growth rate is less & the inflation rate is almost double," Dr Hafiz Pasha commenting on the State of Economy.

The new publication by Dr. Pasha unravels how long-running sluggish growth in Pakistan has amplified both income and structural inequalities which has exacerbated social and political instability. The book is divided into sixteen sections, each having chapters dealing with different but connected aspects of the economy, such as population growth, the IMF programme, investment, fiscal federalism, social development, and poverty, etc. The sections contain 48 chapters.

This book is an outcome of a project initiated by the Pakistan office of the FES called, the “Economy of Tomorrow (EOT)” which aims to look into shortcomings in the dominant growth models and present a comprehensive set of workable recommendations for an inclusive development model by a panel of senior experts.